Some short stories and chapters.
here 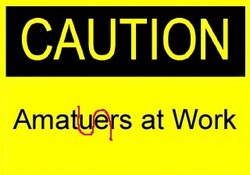 Like all decent tragedies, it started with a joke. We were talking late one night, Nathanial, Sally, Martha, Brian and me. Wraith-like hammocks of dope smoke were slung in the air and Radiohead’s OK Computer was on random play, volume low, muttering and jarring now and then. This must have been, I want to say, 1997. The normal booze had run out and we were drinking from beautifully shaped bottles of prune liqueur from Portugal and chocolate wine from Orange in France.

Death of an Author: click on the image to read the story 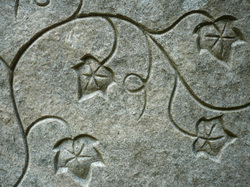 God forgive me but when Margaret offers me the biscuit barrel, I want to grip her throat in my bony hands and hoarsely whisper in her ear as I apply pressure with my old thumbs on her old windpipe, ‘Do not present me with a choice.’ But instead those same fingers hover above gingersnaps and bourbons and garibaldis, knowing only that I do not want a fig roll.

the children paintings: click on the image to read the story 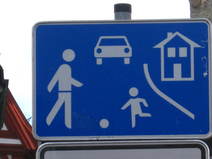 Someone is painting children's faces on the concrete pillars of underpasses and walls at the side of the road. But who and why are unclear?
This story is part of a collection in which I experimented with many different narrators, trying to give each story a unique voice. 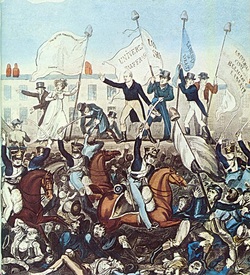 Here is the first chapter of my novel, An Account of the Massacre. It is a fictional account of the Peterloo massacre, which took place in Manchester in 1819. A peaceful pro-democracy demonstration was attacked by cavalry. The novel begins on the fields of Waterloo. Anyone interested in publishing the novel should contact my agent, at Watson, Little Ltd.